April Fools’ Day on April 1 is considered a fun day to deceive others with jokes or fun lies. Recently, a painting that a Korean fashion company unveiled on April Fool’s Day is becoming a hot topic.

At first glance, this painting, which was released as a surprise for April Fools, looks like an ordinary painting with a background in the Joseon Dynasty, but it has a hidden meaning. In the painting, people wearing Hanbok are sitting together and eating food. But it feels somewhat different. This is because of the food represented in the painting.

What people in the painting are eating is not Korean traditional food, but traditional Chinese food such as dim sum and hot pot. It caused surprise and curiosity in many people. In addition, it contains the content that “from ancient times, our ancestors enjoyed hot pot, dim sum, and malatang” as shown in an old book. 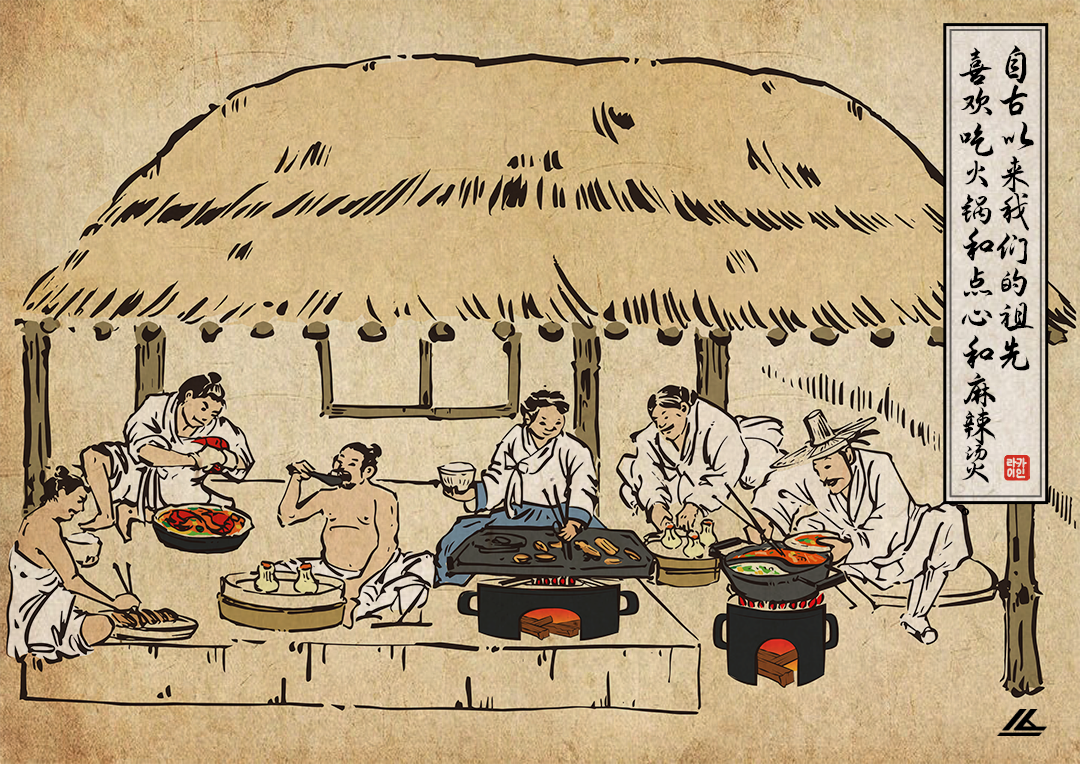 In response to the curiosity of these netizens, Lakai Korea revealed that they released this painting as a statement against China’s Northeast Project, which has intensified in recent years. Pointing out the distortion of history in China, which seems to be stuck in April Fool’s Day 365 days a year, they said they hope people feel how absurd the Northeast Project in China is.

At the same time, the Chinese proverb, “The wheel of history cannot be reversed,” was used to point out that history cannot be altered. In addition, by releasing ancient Chinese books, murals, and documents from Goryeo as evidence, they are responding to the Northeast Project by telling them not to distort Korea’s unique history.

When the painting was released, a related article was posted on Weibo, China’s largest portal site, and Chinese netizens posted comments of criticism mixed with ridicule for Lakai Korea to ‘go to the hospital if you are delusional’, ”the subordinate country doesn’t know their position’, and ‘I feel sorry for them’.

China’s Northeastern Project that is erasing Korean culture and history rose to the surface toward the end of 2020. Currently, China claims that kimchi, a traditional Korean food, and samgyetang, a dish made with chicken and various herbal ingredients, are theirs because Korea is rapidly rising in popularity around the world due to how they responded to COVID 19.

China’s Northeastern Project didn’t just stop at claiming traditional Korean food, but also spread to Korean traditional clothes, Hanbok. In response, Lakai Korea sent out an advertisement in Times Square in New York in line with Independence Movement Day to inform others of China’s ridiculous claims and that Hanbok is Korean.

As a result, Chinese netizens have made protest calls and sent e-mails to the headquarters of Lakai Korea. This even included a number of threats as they are informing more Chinese people and attempt to retaliate. In addition, many posts criticizing and ridiculing Lakai Korea were uploaded on ‘Sina Weibo,’ China’s representative SNS, which became a big issue in Korea.

Nevertheless, Lakai Korea continues to carry on with these activities, considering the preservation and publicity of their country’s history as their first value. At the same time, they also warned of suspending sales indefinitely and international lawsuits against netizens in the country who mocked and distorted the history of Korea.

Lakai Korea, which declared its suspension of sales in China indefinitely, was asked if they are afraid to take on the huge Chinese market. They said “China is just one of many countries to sell in. In the future, we will continue to take on all places that distort Korean history.”

As an activity to protect Korea’s long culture and history, Lakai Korea launches products with the traditional image of Korea in each product. They are exercising good influence with an upright belief rather than corporate interests in that they are also steadily conducting sponsorship activities.